Reasons Why You Should Start Your Pension Sooner Rather than Later

One of the most common questions we get asked here at MadeSimple is:

1. Should I start a pension (or AVC for occupational pension scheme members)?

Yes, you should definitely start a pension is the answer every time. Even though you may not want to think about retirement now, your future self will be very grateful. Many people think of starting a pension as an expense; however, you should think of it as investment into your future lifestyle.

Another great benefit of starting a pension is that you can’t access your money until you retire. This means that any money you save into your pension pot is protected from any impulse spending. Many of our clients have remarked on the satisfaction they feel when watching their pot build over time.

Even if you can only afford €25 a week, if you start early, this money has massive potential to grow as you will see from an example we use below.

2. When should I start a pension?

The simple answer is the sooner you start, the better it will be for the size of your pension pot. There are a couple of reasons for this, the most obvious one is that you will be contributing for longer. If you start saving when you are 26, as opposed to 36, you could contribute 25% more to your pension if you retired at 66. The second reason is the “eighth wonder of the world” according to Albert Einstein – compound interest. Compound interest makes the smaller contributions you make today as important if not more important than larger savings you make later.

If you don’t fully understand the power of compound interest yet, this example will help explain.

The Power of Compound Interest

In addition to compound interest, another force to increase your pension can be the tax relief on contributions (at marginal rate of income tax).

If Cathal and Michael were to invest this money through additional voluntary contributions, or another tax efficient method, the contributions will cost them significantly less. This is because of tax relief. Tax relief provides even more opportunity for compound interest growth as the government basically gives you extra money to invest.

If we look at the example above again, Cathal is taxed at 20% tax which means that for every €100 he puts into his pension, it only costs him €80 as he gets €20 as a tax relief.

Let’s imagine, that both Cathal and Michael realised they can incorporate the tax relief into their contributions and increase them by 20% or 40% respectively.

Taking this into account would bring Cathal’s total pension pot to €250,525.

As you can see from this example, somebody receiving half as much tax relief and living off a reasonable wage can end up with a much bigger pension than a higher earner simply by starting their pension as soon as possible.

3. How much should I be saving into my pension?

This question is very hard to answer. It all depends on your desired lifestyle and retirement goals. Some people will be happy to live a quiet life in retirement while others will want to travel.

If you want to roughly calculate how much money you will need in retirement, calculate your current monthly expenditure. Then subtract any outgoings that will not apply in retirement, e.g. mortgage repayments, work travel costs, etc. Then also subtract any reduced housekeeping costs which may apply from children no longer living at home, e.g. food, energy, transport, holidays. Finally, think about any other savings you could realistically make, taking holidays at cheaper times, running a cheaper car, etc.

This will provide you with a rough estimate of how much money you would need in retirement. However, this is far from an exact science. You may need to factor in inflation at roughly 2% per year. However, 7% inflation is not unheard of in the past year.

What Does the Financial Planning Review Cover?

We review all your pensions and calculate what your retirement income will look like. Based on that analysis, we can recommend a course of action so you can maximise your benefits. Very few employees we talk to have entered full-time employment from day one and stayed with the same employer for their whole working life. Employees call us worried about old pensions, career breaks, job sharing, working abroad, etc. Things are never straightforward until we produce your free report. This is a fantastic no obligation review of your financial wellbeing.

We find that often employees do not fully understand all the fields on their payslip. This can lead to problems, such as not being on the right salary scale point for public sector employees, or not using all your tax breaks correctly.

Whether you need to protect you family’s future, mortgage or plan for inheritance taxes, it is key to have the right insurance policy for your needs. Furthermore, as part of the report, we will search the market for the best prices out there.

If you have more than 3-6 months pay in your bank account (your emergency fund), you are faced with questions how to use your money wisely. Should you increase your pension contributions, open a savings account for your children’s education, invest in bonds, etc.? The MadeSimple report makes these questions much easier to answer taking into account your tax position and financial objectives.

We – Generate your personal report that outlines your current benefits.

Together – We schedule a review online (we use Zoom, or a platform you may suggest) or over the phone to discuss what options are available to you.

After we complete the review, many employees are delighted to have their options regarding pension planning, salary protection, life protection, savings and investments explained to them so clearly. Not only that, but we can also set up policies for you all online in a very fast and efficient manner.

Get your complimentary, personalised review today! You have nothing to lose! 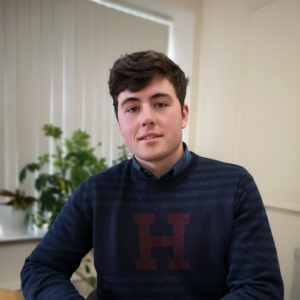