How will the new State Pension proposal affect me?

Irish people are living longer and staying healthier for longer. This is fantastic news for us as a society, but it does present unique challenges economically as our population ages. As Ireland ages, it no longer looks like the State can balance current pension obligations with already stretched public finances.

Like many other developed economies, the State funds its Pension system on a ‘Pay-As-You-Go’ basis. This means that current workers fund the current State Pension payment. In an ageing population, this means a smaller portion of the working age people will fund the pension payments of an increasing pensioner population.

Last month, the Government published the Report of the Commission on Pensions and discussed the proposal to increase the State pension age by three months every year from 2028. Currently, the State retirement age in Ireland is 66 years.

Why does the State Pension age matter?

Around one third of all workers, and close to half of all private sector workers, will rely solely on the State pension as their retirement income. Currently, to support the rising pension costs, there are four people of working age supporting each person aged 65 and over. The number is expected to fall further, with two workers supporting each retiree by 2050.

For many people retiring at 72 will not be an option due to work or health reasons, and they may need to retire much younger. This means there could be gap years between when your pension starts and when you finish working. If this was to happen you would have to sign on for unemployment benefit.

Jobseeker’s Benefit is currently at €203 per week, which is a small sum in comparison with your usual wage when starting your retirement. Therefore, it is necessary to start a private pension in preparation for any eventuality. Unfortunately, only six in ten Irish workers have some form of a private pension, according to data published by the Central Statistics Office in June 2020.

When should I start my pension?

Simply put, without a pension you may not be able to afford to maintain your lifestyle in retirement.

There are also many advantages to having a pension. A pension is similar to a long-term savings plan but with tax relief, meaning some of the money that would have gone to the government as tax goes into your pension instead.

Private pensions are a great way of saving for retirement and bolstering any income you will receive from the State Pension when you reach retirement age. It is important to remember that the current state pension for people aged 66 or over is €248.39 per week, only a small increase from Jobseeker’s Benefit.

Could you survive on the State pension alone? What will your finances look like in retirement? These are the questions you need to ask yourself.

It is never to late to start your pension. Talk to us today.

Learn more about MadeSimple and get your complimentary financial and pension report.

The Pensions Commission. “Report of the Commission on Pensions”. Published 7 October 2021. https://www.gov.ie/en/publication/6cb6d-report-of-the-commission-on-pensions/.

What Does the Financial Planning Review Cover?

We review all your pensions and calculate what your retirement income will look like. Based on that analysis, we can recommend a course of action so you can maximise your benefits. Very few employees we talk to have entered full-time employment from day one and stayed with the same employer for their whole working life. Employees call us worried about old pensions, career breaks, job sharing, working abroad, etc. Things are never straightforward until we produce your free report. This is a fantastic no obligation review of your financial wellbeing.

We find that often employees do not fully understand all the fields on their payslip. This can lead to problems, such as not being on the right salary scale point for public sector employees, or not using all your tax breaks correctly.

Whether you need to protect you family’s future, mortgage or plan for inheritance taxes, it is key to have the right insurance policy for your needs. Furthermore, as part of the report, we will search the market for the best prices out there.

If you have more than 3-6 months pay in your bank account (your emergency fund), you are faced with questions how to use your money wisely. Should you increase your pension contributions, open a savings account for your children’s education, invest in bonds, etc.? The MadeSimple report makes these questions much easier to answer taking into account your tax position and financial objectives.

We – Generate your personal report that outlines your current benefits.

Together – We schedule a review online (we use Zoom, or a platform you may suggest) or over the phone to discuss what options are available to you.

After we complete the review, many employees are delighted to have their options regarding pension planning, salary protection, life protection, savings and investments explained to them so clearly. Not only that, but we can also set up policies for you all online in a very fast and efficient manner.

Get your complimentary, personalised review today! You have nothing to lose! 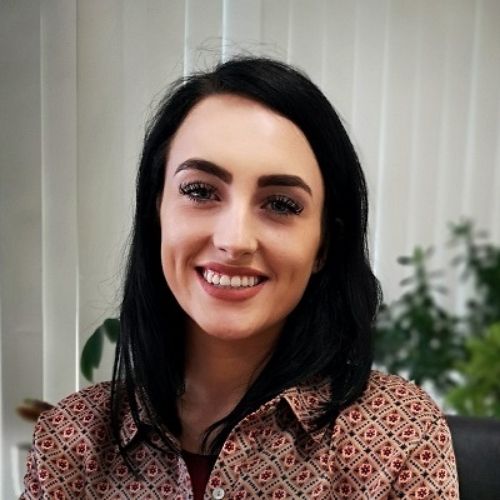